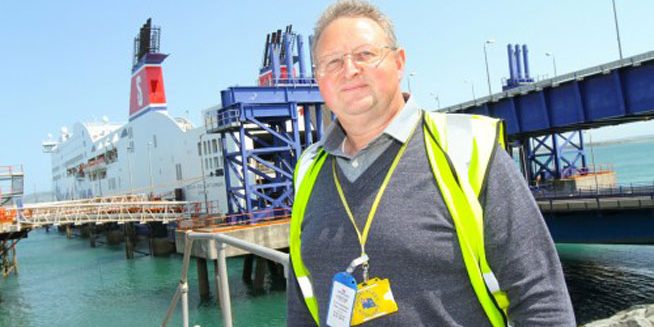 Birkenhead-based outfitter and manufacturer MPE Interiors has been appointed by Stena Line to redevelop the crew and officers’ mess areas on two ferries.

MPE director Cliff Grainger said the company has just successfully completed the first contract to replace the mess rooms on the 980-passenger Stena Mersey Birkenhead-Belfast ferry at Twelve Quays in Birkenhead. And this week it began work in Birkenhead on a similar job to rework the mess areas on the Stena Mersey’s sister ship, the Stena Lagan, which operates the same route.

“These are terrific contracts to win and they really showcase what we can do for commercial vessels,” He said. “We can offer the complete outfitting solution from detailed concept design, to manufacture of furniture and structures to installation and maintenance. On the Stena Mersey were brought in to do a total refurbishment of the mess hall, which was split between an officers’ mess and a crew mess. We worked very closely on this job with the Stena Mersey’s Captain who gave us a clear concept to work around. We have reimagined and reworked the whole layout of the area to better suit the crews’ needs. This was a complex job that required experience and expertise to deliver.”

“This is about making the mess areas as comfortable and space as efficient as possible,” said Mr Grainger. “That is why it is so important to work closely with Stena and understand the nature of the vessels and needs of the crew. These are bespoke designs which draw on all our experience of working on ferries and ships of all kinds for many years.  Key facilities now available on both vessels within the same area include a dedicated TV room, internet stations and a meeting room as well as maintaining the full messing facility for both officers and crew.”

MPE is one of the leading and most experienced marine outfitters in the UK. It has a turnover in excess of £2m and employs more than 30 staff at its Old Bidston Rd manufacturing site. Established in 2001 by former Cammell Laird managers John Whetnall and Cliff Grainger MPE specialises in designing, manufacturing and installing bespoke furniture, panels, doors and soft furnishings. It specialises in the installation of galleys, shops, restaurants and refrigerated storage on board ships.  It also works extensively in the residential and commercial property sector.

MPE has a strong track record of overhauling crew accommodation areas on both commercial and naval vessels. One of its biggest crew accommodation jobs in recent years was working for Cammell Laird on its contract to lengthen the cable laying vessel Nexans Skagerrak. MPE is further able to support refits for large passenger vessels as well as small commercials vessels such as tugs and work boats.

MPE has also refreshed the interiors of other Stena Line vessels in the past. In 2012 the firm completed a project to build prototype business and family class passenger cabins aboard the Stena Nordica Holyhead-Dublin ferry.