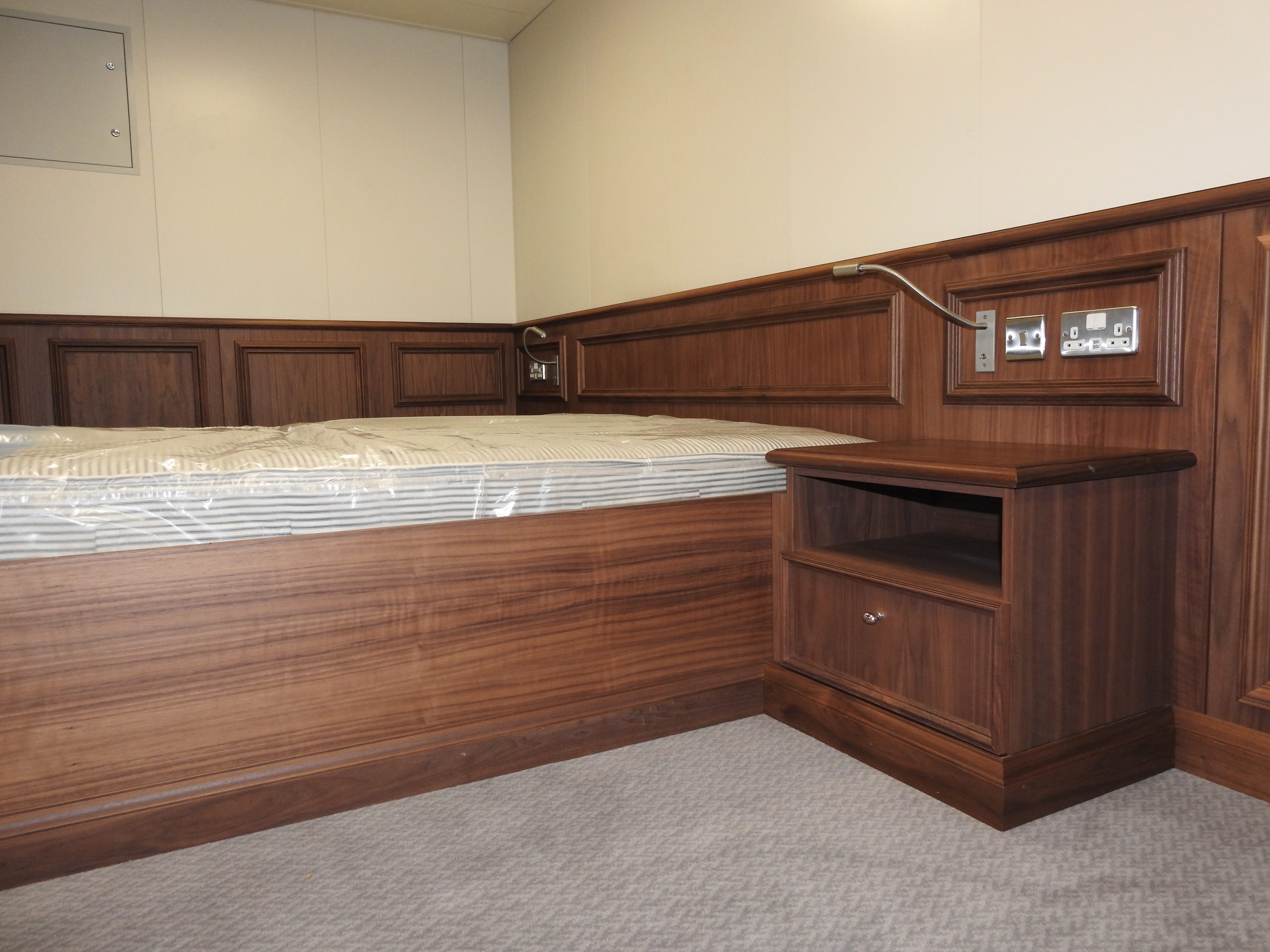 MPE WAS CONTRACTED BY THE ROYAL NAVY TO CARRY OUT A COMPLETE INTERIOR FITOUT OF THE WARDROOM ONBOARD ITS LATEST AIRCRAFT CARRIER HMS PRINCE OF WALES.

MPE worked alongside the shipyard to relocate systems and services in order to create the new Flag Cabin and Annex areas. Four existing cabins were converted into two luxurious, bespoke compartments which each included a Meeting room/Office, Lounge, Bathroom and Bedroom. The Flag Cabins each had one three-seater couch and an armchair accompanied with a custom River Mersey and Bristol Channel resin tables.